This post is brought to you by the letter...A! For Alphabet.

First enjoy the brilliance of Blackalicious and then continue on down to my Top Ten alphabet books (eee Top Tenning is my favourite!!!) 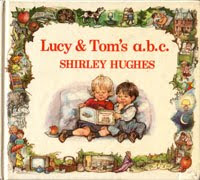 1. Lucy and Tom's ABC - Shirley Hughes
Lucy and Tom have helped me through some tough times in my life: abc, 123, starting school, christmas! Beautifully illustarted by Shirley Hughes, this is not just an alphabet book, it's a story and has to be my number one for alphabet books. I can still remember "A is for acrobat, apples and ants...".

2. Letterland - I challenge you to be over 21 and not remember Letterland! You are either my age and learnt you alphabet via Annie Apple and Lucy Lamplady or you are older and taught your 80s babies the wonder of animal/people/ink bottle shaped letters (hi mum!)! Somehow schools manage to teach the alphabet without letterland these days...fools! Have fun and test yourself - best you know them all! Oh, Ticking Tom has changed to Ticking Tess (not enough female prescence in Letterland apparently!) 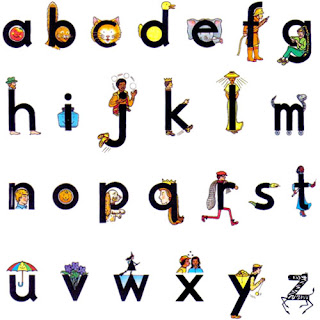 4. ABC UK - James Dunn, Helen Bate. Pretty much does exactly what it says on the tin - an ABC of the UK. Can be used to teach the alphabet or for information on Britain. For slightly older children who will have fun coming up with their own British alphabet and also finding out all the British best bits. From Arthur to Punk, the Queen, Robin Hood, The Beatles and Sherlock Holmes this alphabet book is a real winner! Almost makes you proud to be British!!
5. The Dangerous Alphabet - Neil Gaiman

An alphabet book for older children - great for classroom shelves I imagine. Key Stage 2 children will love looking through the familiar rhyme and discovering the gruesome pictures on each page. Would also be great for lower ability children and just generally kids who love anything scary and strange.
6. Crazy ABC - Judy Hindley, Nick Sharratt
Egg on my elbow, a flea on my knee, crazy’s the word for this ABC! 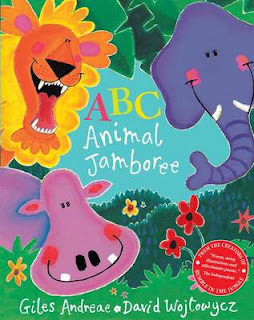 I initially discovered this author whilst looking for children's books to help me out with a lesson plan for Year One. Full of bright and colourful illustrations, Andreae's books are brilliant fun for first readers and especially great to read out in class. This ABC introduces children to ABC animals, from angel fish to zebras and brings them to life through some easy-to-memorise rhymes.
8. Alphabet Ice Cream - Sue Heap and Nick Sharratt
When I said earlier that I would like Quentin Blake to illustrate my life, I had forgotten about Nick Sharratt. Heap and Sharratt first collaborated in the drawing of Ruby and Garnet in Jaqueline Wilson's "Double Act" (one of my favourites) and they are reunited in this ABC book about two friends called Nick and Sue. Original. ;) 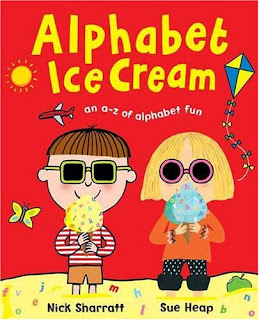 I had a bit of a soft spot for Richard Scarry when I was younger, which is perhaps why this alphabet book makes it into my top 10. Scarry's books aren't as popular in schools these days but I am positive that children will enjoy exploring busy town. 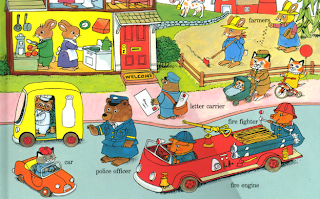 The book is very basic and has colorful text could be just the incentive to keep stimulated, interested and learning. 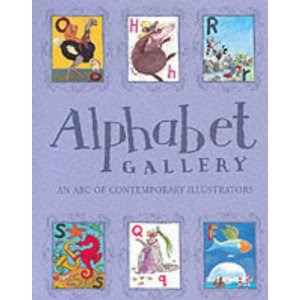 This book is a compendium of alphabet illustrations from the best children's illustrators of the day. Chidlren and grown-ups will love pouring over the pictures and will have fun recognising most of the illustrators. Perhaps one for a special occassion instead of on the classroom shelf.
I have added a few links here and here of other more grown up alphabets that I found on my ABC adventure. Feel free to suggest some more - and comment on my selection. Enjoy!
Posted by Miss Finnie at 14:48

Children's books I have read

Miss Finnie
Welcome to our blog. This will be my own reflection of life in 6F. I will update this as much as possible. Feel free to leave comments, send it along to relatives and bookmark it on your computer.